Dare to be Great

I stopped growing when I was 13, stuck in a six-foot frame that I felt was destined for greater heights. I was the post player at so many Butler Basketball camps that kept improving, kept scrapping, kept fighting and kept falling in love with Hinkle Fieldhouse. While I was raised an IU fan, the Hoosiers had a roll-call list of legends. I wanted to be the one who transformed a hometown school. Never shy of a microphone or conversation, I wanted to be the brash, outspoken big who changed a program. Sound familiar? Instead, I got to be witness to (and document) the one who did it far better than I ever dreamed I could.

Last Tuesday, my daughter was home sick with a fever. She threw up all over my polo shirt during breakfast. Frustrated and somewhat frantic, I headed upstairs to change, grabbing the first navy blue shirt I could find. It was emblazoned with the Butler logo. Within minutes of putting it on, my phone rang. It was as if the Butler fabric that connects us all just knew.

Joel Cornette was a person who you couldn’t avoid. He wouldn’t let it happen. Higher powers, it seems, wouldn’t let it happen. Through all the radio interviews, games, newspaper articles and ways basketball united us as classmates on parallel paths, there was a humanness to Joel’s relationships with people that made him the most approachable 6-10 superstar in college. Today, the Butler Way has become a brand almost bigger than the school itself. The principals that guide the philosophy adorn walls, are mailed in campaign brochures and have crept their way into every department and class of the university. Over a decade ago, it didn’t need to be in lights, or even written, it was just done. The inherent belief in a higher standard of action and expectations was a mutually shared way of life. Whether it was basketball players or broadcasters, we just knew. Stay humble, show passion, uplift those around you and be grateful for that opportunity. It took losing Joel to realize how much we lived in his example. Beyond the speeches, his leadership was as much non-verbal as it was the opposite.

Even as peers, I looked up to Joel, but didn’t realize it until we got to work together. When his time at Iowa came to an end and he dipped his toe in the broadcasting water, being able to be a true teammate of his was a dream come true. He made you want to be better than you thought you could be. I’ll always remember our first game together. It was at Valparaiso. In walks Joel to the bathroom while I am putting makeup on my face.
“Are you serious, bro?” he asked, to open our first interaction in five years or so.
“Welcome to a new ballgame,” I fired back.
He was just uncomfortable enough that I felt equal to a guy who had always been unflappable. After we taped our first opening segment, he gave me a look that was equal parts terror about his performance and admiration on what I did for a living. I was finally a teammate of Joel Cornette. The little kid in me was satisfied. 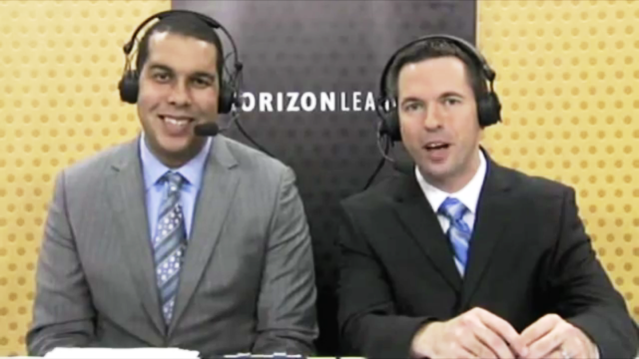 We spent a few years on the Horizon League road together. We became competitive about dropping information into broadcasts, making the other laugh or finding ways to bust each others’ chops (me on his free-throw shooting, him on my affinity for hair product) on air without earning the ire of our producers. As a Butler guy, I could be message-board fodder for fans around the league. With Joel as my analyst, nobody cared what school I was from.
I knew his heart wasn’t totally into broadcasting (and landing at Priority Sports was the absolute best thing), but we had fun. I learned a ton about basketball from him, and worked more games with him than anybody in my career. But, getting to know him more as a person will, ultimately, be the best thing that ever happened.

When my wife and I got married 12 years ago, we attended premarital counseling sessions. Among the many lessons we learned was the concept of the Circles in your life. At the core, you and your spouse are the inner circle, which should demand the most focus. Just beyond that, the circle with your children. Family next, and so forth.  As we get older, the focus continues to shift more inward, towards those center circles because time is so valuable.
Joel Cornette was the rare person who could permeate all of his circles. It didn’t matter who you were, where you lived or how you met, it was one giant circle for him. That’s not a learned skill, or the product of intense dedication. That’s an inherent trait of a remarkable person. In the wake of his passing, the overwhelming lesson has been to not take your relationships for granted, but I don’t think any of us are truly capable of bridging every gap. Joel was.

At his Celebration of Life yesterday, Jordan Cornette told the remarkable story of Joel’s seemingly divine reach from Heaven during a dinner on Sunday. I’ll be the first to admit that I struggle with faith in such acts, but the emotion of the day always has you longing that the smile is, indeed, shining down on us.
Trying to escape my own emotions, and terrified by the passing of a fellow 35-year-old, I hit the road to go for my first run in over six months. Lumpy and out of shape, I took my aging Golden Retriever, Grace, with me, knowing she couldn’t do more than a mile anyway with her bad hips. After over a mile of running, and with Jordan’s story on my mind, neither of us was breaking down. I smiled, looked down at my dog and said ‘Grace, are you okay?’ She looked right up at me, stared for 2 seconds, turned and sprinted ahead faster. Two miles. Three miles. I looked up to the sky and shook my head.
Dare to be Great.

When my kids grow up, I want them to be Joel Cornette.